Are we seeing the end of the workplace dress code? 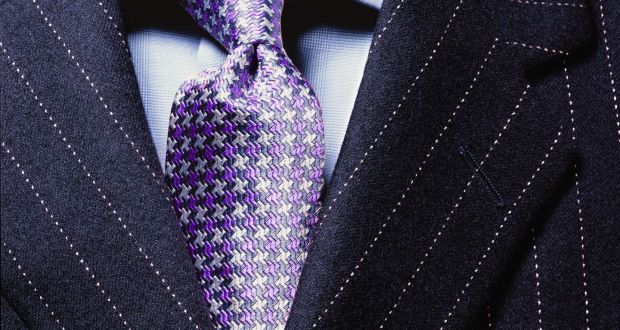 ‘A suit looks so weird in many offices that people think the wearer must be off to a job interview.’ File photograph: Getty Images

It was a tiny, slightly whiffy room with a damp floor, no windows and no chair.

It was, in fact, a toilet cubicle at a smart conference venue where I was about to speak on a panel in front of a bunch of business people the other week.

I had snuck into it to perform a familiar but tricky manoeuvre: swap the comfortable flat shoes I had been traipsing about in all day for a pair of heels jammed in the bottom of my bag.

I realise this feat sounds simple enough, but in my experience it is not. The risk of putting a bare foot into something unpleasant is large. So is the chance of emerging with a dripping bag or skirt hem.

I avoided all such horrors that day, only to discover it had been an utter waste of time.

There were six other people on the stage, five men and one woman. Three of the men wore a suit and tie but the other two were in rolled-up shirt sleeves and the woman was in boots and a skirt.

The audience looked exactly the same and if I had kept my flat shoes on, I am sure no one would have batted an eyelid. It was yet another reminder that no one knows what to wear to work any more. This is obvious when I look around my office in London.

The women are in anything from jeans to thigh-high skirts. While most of the men have neither jacket nor tie, there is still a sprinkling of suits. Shoe choice veers from sensible flats to sneakers and gold brogues.

I used to think this unruly mix was one of the benefits of working for a newspaper. Whenever I go into a big bank or law firm, I marvel at the time the people there have spent to look as if they have just stepped out of an Armani ad.

But apparently it is my office that is normal. A mere one in 10 British workers now wears a suit to the office, a survey by the Travelodge hotel group recently found.

Only half the UK’s workplaces have a dress-code policy and in three-quarters of those that do, casual clothes are the rule. A suit looks so weird in many offices that people think the wearer must be off to a job interview. “Dress for success no longer exists in the modern workplace as comfort prevails over power dressing,” Travelodge declared.

That gels with a story I read with great excitement in the Washington Post the other week that claimed American women were finally ditching their heels. Sales of high heels fell 12 per cent last year, while women’s sneakers jumped 37 per cent.

This makes sense considering how many people now walk to an office where casual gear is more and more acceptable. And as a life-long high-heels hater, I find the news brilliantly cheering. I just wish it were the whole story.

Sneakers and jeans may be on the march, but the battle is far from over. There are still lots of occasions when power dressing seems the safest bet: meeting someone important, having lunch with a suit-prone boss, giving evidence to parliament.

When Christopher Wylie, the colourful whistleblower at the centre of the Cambridge Analytica/Facebook scandal, showed up before a Westminster committee last week, he still had his bright pink hair and nose-ring. But the rest of him was clad in a dark suit jacket and matching tie. I think he made the right choice, but it does not help the rest of us.

The dwindling rules for workwear make it impossibly hard to be sure you have turned up in the right gear. There is now a high chance the important person you have gone to meet has switched to Silicon Valley style.

I have lost count of the number of times I have recently tottered in on a pair of heels to see an executive bouncing about in sneakers.

It is not much easier for men. A normally tieless colleague confided the other day that he had been toying with taking up a tie again. For one thing it was cold and for another, he did not like the look of his neck. But in the end he had balked. “I thought it might make me look a bit square.”

For both our sakes, I look forward to the day when the suit and stiletto have gone the way of the top hat. If bankers insist on them, fine. The more the rest of us can get about in whatever we feel like, the better working life will be.