Are Irish businesses ready for a blockchain world? 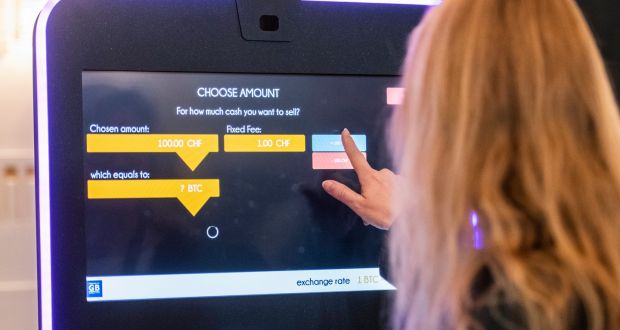 IDA Ireland published a report last year promoting Ireland as a European location for blockchain developments. In March this year, Minister for Finance Paschal Donoghue published a discussion paper examining the potential of virtual currencies and blockchain technology. And last month Ireland, in conjunction with 21 other EU states, signed a declaration for a European Blockchain Partnership.

But are Irish businesses ready for a future blockchain world?

While the technology is still very new, it is poised to automate any number of digital transactions related to areas like supply chain, government, finance, healthcare, property and the food industry in Ireland.

There are a number of misconceptions relating to blockchain – most notably that blockchain and virtual currencies (such as bitcoin) are the same entity. To dispel that popular myth, let’s look at blockchain’s beginnings.

Blockchain first appeared in a paper penned in 2008 by the person or people who developed bitcoin. While underpinning bitcoin was the first known use for blockchain, the technology is far more versatile, and represents a new way to access and trust data communicated through the internet.

Blockchain is a transparent and secure database shared either among a limited private group or available more publicly. Each participant owns an identical copy of the ledger. Organisations traditionally use in-house centralised databases for record-keeping purposes. Blockchain uses distributed digital ledgers.

Both embody the same fundamental principals in terms of multiple users assuming responsibility for the entry, updating and deleting of transactional data. However, in the case of blockchain, once transactional data has been entered into the digital ledger it is immutable, when means it is not possible to either amend or remove this data, thus ensuring the integrity of all transactional records. And its shared ownership makes it less vulnerable to cyberattack.

Beyond business it is easy to see uses for the technology – for instance, in voting machines and ballot boxes to address electoral fraud. In March, Sierra Leone became the first country in the world to use blockchain to ensure trust and transparency in its presidential election process. Each vote cast in the election, which was monitored by an independent foundation called Agora, was recorded on a private-permissioned blockchain

Real-world examples of blockchain business applications are rare so far. Information on how organisations can dip their toes into the blockchain waters is far scarcer. With the Blockchain Association of Ireland we examined the organisational factors that have influenced Irish companies in their decisions to adopt blockchain. The study looked at both small and medium enterprises, and large organisations based in Ireland.

The study confirmed the relatively low adoption rate amongst Irish organisations. Most blockchain developments are taking place within a small network of larger organisations (typically in the fintech and information technology sectors).

Where it is used it aims to enhance the speed, transparency of transactions along complex supply chains while reducing costs. It also features in efforts to optimise back and middle business processes and transactions, augmenting security, reporting and regulatory and compliance profiles.

The preference for tighter control with regards to access, intellectual property and security means the large enterprises actually using blockchain are opting for private-permissioned blockchain applications because of the shortcomings of public-permissioned alternatives.

Support from top management and organisational readiness were identified as key enablers for blockchain adoption.

Legislative uncertainty, a lack of business- use cases and a lack of in-house blockchain expertise were cited as the main reasons by decision-makers for not adopting blockchain – as was blockchain’s association with initial coin offerings and digital currencies, which were perceived negatively.

Finally, most of the participants interviewed in the study had heard of blockchain technology but were unable to provide a correct description and/or examples of real-world blockchain applications. A perception of complexity emerged as a significant barrier to adoption for both SMEs and large enterprises.

Blockchain is often portrayed as a black box technology mostly associated with virtual currencies and financial institutions. Our research indicates its wide-ranging applications make it an exciting testing ground for Irish organisations to develop game-changing business products and services.

There is an appetite for the Government to lead the way and signal its endorsement of the technology by way of a global statement or roll-out of a national use case.

The Dutch government is currently exploring how blockchain could be leveraged at border control points. For instance, a blockchain-enabled technology-controlled border identification system would confirm passenger identities prior to boarding the Amsterdam to London Eurostar train, negating the need for a cumbersome disembarkation to verify their identities at border points.

It’s a lead that could provide a possible solution to the current North/South Brexit Border conundrum. Ireland and Britain could develop a blockchain platform which could rapidly, independently and remotely identify travellers and confirm, based on entry requirements, if they are sanctioned to enter North or South of the Border.

Estonia is leading the way in this area, issuing blockchain-enabled “e-residency” digital IDs to non-Estonian citizen entrepreneurs who wish to set up their businesses in the country. These digital IDs allow the entrepreneurs to access a limited number of governmental services.

In the words of leadership guru John Maxwell “change is inevitable, progress is optional”. If we think big blockchain can provide opportunities not only for economic growth but also create a new foundation for how Irish organisations and government conduct business.