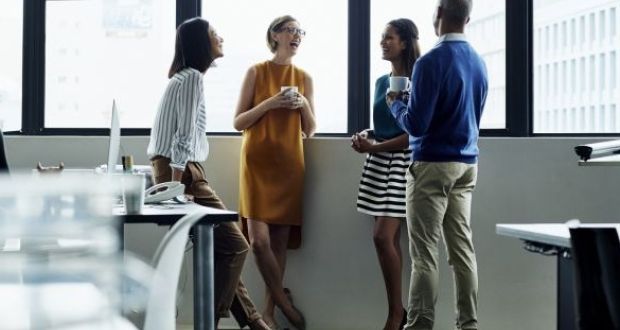 I’m an employee get me out of here: most workers would be happy to hear from recruiters

Most Irish employees might claim to be happy in their current role but many would be happy to be approached with an offer of a new job elsewhere, according to research.

A study of more than 1,000 employees reveals that 94 per cent of them would respond positively to an unsolicited approach for a different role. Moreover, the survey reveals 40 per cent of male respondents and 33 per cent of female respondents said they are either “always or actively looking for a new job”.

Poor management was the main reason why employees said they were willing to change roles with just over half of female staff and 39 per cent of males saying their potential at work was being maximised.

According to the PeopleSource research, 44 per cent of Irish employees interviewed said they would apply for a job for which they might not be qualified in order to further their careers. On the flipside, 45 per cent of males and 40 per cent of females surveyed said they were overqualified for their current role.

Almost three quarters of those surveyed said they felt it was necessary to stay between two and three years with a single employer to advance their careers.

The study reveals that both men and women are working fewer hours but don’t necessarily feel as though they are.

However, 41 per cent of males and 19 per cent of females felt they had to be available either 24/7 or at the least 24/5 in meeting their employer’s minimum expectations.

The study also indicates that 77 per cent of all respondents are allowed to work at home at least occasionally.