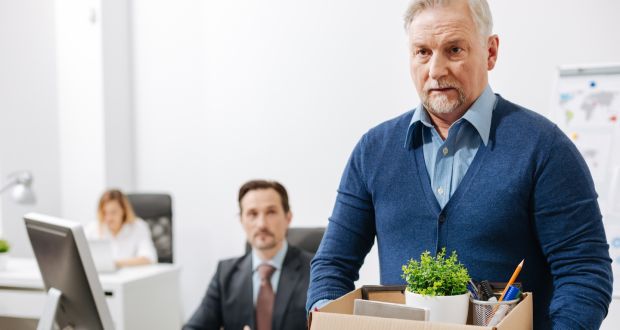 At this stage, anyone who doesn’t know that diversity is good for business has clearly been taking a long nap behind the water cooler. Over the last few years a great deal of attention has been paid to the benefits of mixing things up in terms of ethnicity, background and gender, but voices have largely fallen silent when it comes to adding age into the equation. Age discrimination is still alive and kicking as is the embedded assumption that someone’s fitness to do a job is dictated by their birth date.

A straw poll of recruiters for this article indicated that many companies won’t look at candidates over 45 years of age even though they may still have 20 productive years ahead of them. If this is indeed the case then the next time bomb ticking in Irish society is what to do with our older workers because they’re the fastest growing cohort of the labour market.

Corporate Ireland is not very good at employing older people. According to the Central Statistics Office, labour force participation by the older cohort here is around 60 per cent. This compares with over 70 per cent in the Nordic countries and 79 per cent in the UK.

Tony Devine, a managing partner with the Grey Matters Network which promotes the experience and skills of older workers, has his tongue firmly in his cheek when he describes the 50 and 60-somethings who make up its membership as “greyennials.” But humour aside, if one totted up the years of experience Grey Matters’ 360 members have across all sectors and all roles, then that’s a great deal of know-how either being wasted or ripe for harvesting depending on your point of view.

Devine and his co-founders, Declan Hughes and Mick Furlong are all senior managers who had long careers in multinational blue chip companies before they set up Grey Matters. None of them wanted to put their feet up when they stepped away from these positions so they got together to explore how they could make use of their experience outside the traditional corporate structure.

Their networking idea struck a chord with what Furlong calls their “silver peers” and there is a continual stream of people joining the network. It costs €190 to join and if a member is placed in a role by the network there is a 15 per cent service fee on the transaction. “That is significantly less, indeed a fraction in many cases, of the fees charged by the big recruitment and headhunting firms,” Devine says. “In general, greyennials are very flexible when it comes to working arrangements. They’re not usually looking for full-time jobs so companies can dip in and out of their skillset as needed and pay accordingly.”

A 2014 report in the UK looked at how many people in the 50-64 age group there still wanted to work. The figure came out at roughly a million and the value of this cohort to the UK economy was put at £88 billion (€102 billion) in GDP terms. “Applying the usual ratio of Ireland being one twentieth of the size we can extrapolate that employing this group would be worth between €4.4 billion and €5 billion to our economy,” Furlong says. “For the first time in our history there are five generations active in the workforce here and whilst this presents challenges, it also presents an amazing opportunity for the greyennial to make an impact on younger generations and help them and their organisations to succeed. There is also strong evidence that employees in multi-generational team are on average 10 per cent happier at work.”

Hughes says that greyennials tend to be experienced, calm, knowledgeable, emotionally intelligent and fearless. Basically, they’ve walked the walk and little fazes them. They’re also adept problem solvers with strong sectoral knowledge that often allows them to take a longterm strategic view that day to day managers don’t have. The biggest demand for network members’ skills so far has been in IT, financial services, pharma, agribusiness and insurance for functional roles in areas such as sales, HR and project management.

Hughes says greyennials’ skills are particularly suited to solving specific problems. “For example, working with a company struggling to generate sales leads or an organisation that wants to introduce CRM but doesn’t know where to start or that needs help to develop and write its business plan,” he says. “We have people who have been there and done that.”

Michael Dineen is the founder of the Cork-based Contracting Plus, which provides accountancy, payroll, tax consultancy and related services to professional contractors. Dineen is passionate about promoting the case for supporting returnees and keeping older people in the workplace. “The management expert Charles Handy talks about “the second curve” and that’s how I see the contribution older workers have to make,” he says. “They’ve had their ‘first curve’ career but they’re still sharp and productive and we see this every day in our business as we help a lot of them to get set up in self-employment. We’re seeing senior people with long track records in general management, in production and manufacturing and with technical and engineering skills often coming from demanding jobs in pharma and other multinational sectors. They are a huge resource. In my experience, older workers repay you a thousand-fold for any time you put into helping them get up to speed.”