A rare occasion when ‘passion’ is more than a business buzzword 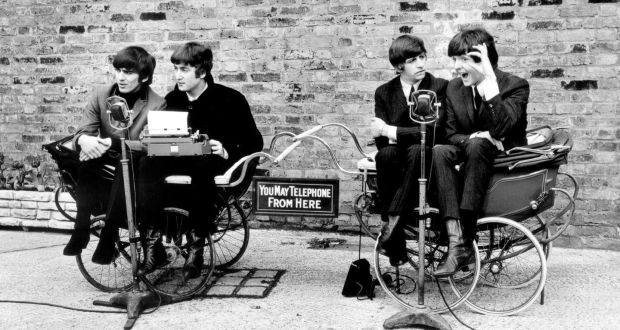 The Beatles on the set of A Hard Day’s Night (1964), shot in Twickenham studios

“Passion” is the corniest, emptiest word in business. Telling everyone you are passionate has as much impact as telling them you have toes. Yet almost everyone declares their avowed passion.

How would a manager with passion – but no experience – perform? Badly, I would imagine. I have a passion for the media, but would make a terrible media chief executive. Donald Trump is all passion, and look at him. An ingénue taking over the show is usually the stuff of movies, not real life.

Which is apt, because a 54-year-old woman I met last week, with much passion for the movie business but little business knowledge, is tasked with reviving the once-moribund Twickenham film studios in west London.

Word in the industry is that, despite her lack of experience, Maria Walker is doing well. Five years ago the studio was due to be sold for housing. Today more than 1,000 people work there. British film studios even got a shout-out last week from the UK’s Office for National Statistics for contribution to a modest growth in gross domestic product.

Could it, I wonder, be time to reappraise passion? Might it even be more important than a way with Excel and a fancy business qualification?

Walker, a former film runner from a working-class family, is Twickenham’s chief operating officer. Her efforts are well-known in my parts of London, and rarely is she mentioned without the P-word in close attendance.

Twickenham Studios, like Walker’s story, is gloriously incongruous. It sits behind a suburban shopping parade, but its role in the movies is legendary. Most of the Beatles’ films were made there, as were The Eagle Has Landed, Gandhi and Netflix series Black Mirror.

Twickenham’s rebirth is largely down to Sunny Vohra, the film-mad scion of a family of hoteliers. Mr Vohra put £18.5 million into everything from technology to drains. The business says it is turning a modest profit of about £700,000.

I was keen to investigate the nature of her passion, rather than the figures, so I tracked her down.

“It’s a terribly overused word, isn’t it?” she says. “But if I have learnt one thing, it’s that business qualifications are mostly smoke and mirrors.

“I know the film business. I have freelanced here in production my whole working life. I have project-managed. But I was still an amateur when I got the job.”

In 2012 she read about the studios’ closure in her local paper. “I was so upset that I drank a lot of red wine and shouted at my husband that I couldn’t just let it happen. He said, ‘Why don’t you start an online petition?’ – so I did. I had people like Steven Spielberg, who’s worked here, signing it.”

So far, so passionate. But activism does not make a studio boss. Once Vohra began the process of buying the business, she steeled herself to suggest she should run it.

Vohra, now chief executive, says she was always his preferred candidate. “An MBA wouldn’t have been able to help something that had fallen apart like this had,” he says. He goes on to mention passion five times in as many minutes.

I accept Walker’s path to management is unusual, and that outsiders with passion often crash and burn. Think of the passionate – but amateurish –Camila Batmanghelidjh, whose Kids Company charity’s collapse is now the subject of a musical. Walker has much to prove and may find the challenge too great.

But I learned from her modest success that passion, which has saved my corner of suburbia from death by flats, can enable a business to bend light.

To prove that your passion is more than just an empty word, it must pass two tests. First you must feel you could do what you are doing without pay. Walker may not say so directly, but I think she would.

Second, you must feel a higher purpose behind what you do. In Ms Walker’s case it is helping young people without connections break into film.

In future, I will be less dismissive of passion – the real stuff, that is.