A radical solution to the tedium of email spam 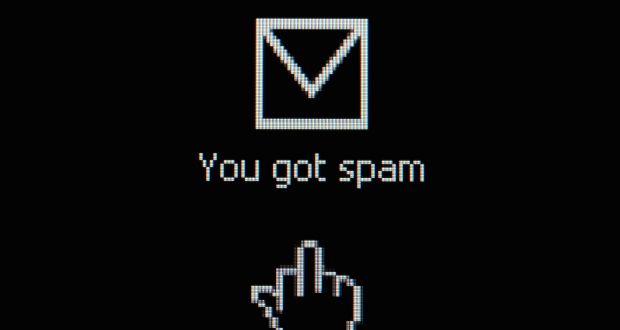 The scourge of spam: we need to rethink the practice to sending spam and ask a once unthinkable question: should we start charging for email?

This morning when I arrived at work, I did what I do every morning and started scrolling through my emails.

Then I did something I bet you did too: tediously clicked and deleted my way through a pile of mail I never knowingly asked for and definitely did not need.

I have no doubt that the Panama Canal Authority is ready to increase liquefied natural gas shipping traffic, but it did not have to tell me about it. And while it is fine that a Taiwanese company I have never heard of has won a prize for its “creative technological solutions”, I would have preferred it to have kept the news to itself.

Journalists are obviously fair game for this sort of PR guff. But I am sure we were not the only ones to get an email like the one I had from Quandoo the other day saying I had 500 loyalty points that had to be used up pronto – news that I could not care less about even if I knew what Quandoo was.

Now that the Facebook data privacy row has exposed the true cost of “free” online services, it is surely time to rethink the scourge of spam and ask a once unthinkable question: should we start charging for email?

It is nearly 50 years since the American computer programmer Ray Tomlinson invented email as we know it, and 14 years since Bill Gates predicted the spam problem would be solved within two years. Yet millions of us still waste countless hours dealing with a deluge of twaddle.

Last year, the UK’s Computeractive magazine asked its readers what they found most annoying about their email. Junk mail was high on the list of gripes and not just unsolicited tips for a tiny belly. Unwanted online retailer mails were another stubborn problem.

I know there are companies that claim to be able to fix this in a few clicks with instant unsubscribing services. But these can be fiddly to use and do not work with all email accounts. Worse, at least one service turned out to be selling customers’ data on to other companies. There are also regulators around the world that one can complain to about junk email, assuming one has time.

Yet all this misses the point. Why should email recipients have to faff around with spam filters and regulator complaints to fix a problem that should not exist in the first place? Clearly the responsibility should lie with the senders.

I have always liked the idea of being able to charge people to send you email, though like a lot of things I would like to see, it has always been a non-starter.

A few companies have toyed with email charging over the years. Some would have let users set their own prices for virtual stamps and sent the proceeds to charity. You could charge your friends and family nothing but a Quandoo would have to pay at least £5 and an ex-husband £100.

I tracked down a US academic named Scott Fahlman (inventor of the :-) smiley-face emoticon) whose work inspired the charity email stamp. He thought it had failed to catch on because email filters had improved so much that spam was no longer such a big problem. Like the readers of that Computeractive magazine, I am not so sure.

There would obviously be technical obstacles to charging, such as setting up a trusted payment system. The larger hurdle would be making people pay for something that has always been free – even if that freedom is routinely abused.

Esther Dyson, a prolific technology investor who has long been keen on charging for email, thinks the technical hitches are solvable. She told me recently she still thought some type of charging would eventually materialise because the cluttered inbox problem was still huge and not enough was being done to fix it.

Meanwhile, new EU privacy rules may help. The general data protection regulation that comes into force in May is supposed to make it easier for people to control the way businesses use their data and allows fines of up to €20 million, or 4 per cent of annual global turnover, whichever is higher.

Some online marketers are worried, which is heartening. But if the Facebook row shows anything, it is that the time for tougher curbs on online data misuse is well and truly overdue.