A new leaf and three careers in Cape Town 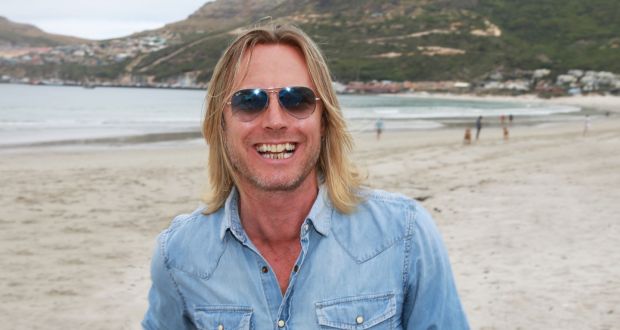 Frankie Hannigan: ‘You get such a mix of what people do over here. It’s pretty interesting’

When you’re playing a live gig at sunset on one of Cape Town’s most stunning beaches, with screaming fans on one side and the majestic ocean on the other, you’re having what’s commonly referred to as a good day at the office.

Frankie Hannigan (45) has enjoyed quite a few good days at the office since moving to Cape Town in 2008. “I alternate between three jobs. I have a property business, where I flip properties and work as an estate agent; I run an event management company called 4Leaf Agency; and I’m a the lead singer in a band called the Rockerfellas,” he says.

“We do lots of gigs around Cape Town from private parties, corporate events to festivals like AfricaBurn, which is South Africa’s answer to Burning Man.”

Originally from Drogheda, Hannigan left Ireland in 1995 and spent some time travelling around Thailand before settling in London in 1997.

“I landed in London at a relatively good time. I saved up the deposit to buy a property, sold it and then moved onto the next property.” And so it went.

After meeting his wife, who ran a restaurant, Hannigan moved to Wimbledon where they enjoyed “a great life”.

“We were doing well in the property game, but I also worked with an events company, coordinating events and sponsorship packages for companies both within the UK and for global companies, covering all continents.”

When he and his wife decided to get married in 2005, they weren’t sold on the idea of marrying in Ireland or Britain, so they looked at Cape Town as an option. “I’ll never forget when I first laid eyes on the city and the beautiful surroundings. We just looked at each other and said, we have to move here.”

Three years later, in 2008, with one toddler in tow, they emigrated to the mother city.

“We had one son when we first landed. We now have three. At the time, we were very lucky because we managed to buy our visas,” he says. Hannigan’s family fitted into the high net-worth category, and paid a total of about €10,000 for South African visas.

With the subsequent arrival in power of Jacob Zuma, who was since deposed as president, it became almost impossible for foreigners to receive permanent residency. Now that Zuma is no longer in power, Irish people hope these strict visa requirements will be reversed.

After first landing, Hannigan opened the Cape Town office for the research-based company he was working for in London. “My mission was to extend their reach into the African market and I managed to do this, staying with them until 2011.” It was then he decided to go it alone and opened 4 Leaf Agency in 2012.

“It’s pretty seasonal. I bring in staff on a temporary basis. In the winter here, which are the summer months in Ireland, people hibernate so it’s more quiet.

“It’s great to have three income strands. I couldn’t just survive on the one,” he says. “I have always been involved in music in some way or other on the side and it’s turned into a profitable hobby since I joined the Rockerfellas in 2012.”

Hannigan and his wife still own a “nest egg” property in west Kensington in London that is currently rented.

“I think the trick is to just work on one property at a time. You have to know the market and never get too greedy.

“Sure, on a couple of occasions, we’ve bitten off more than we can chew. I wanted to get involved with a glamping site last year, but the red tape wouldn’t allow it and I had to call it quits.”

No plans to return

Hannigan has no plans to return to Ireland. “It’s just not on my radar. With property prices the way they are, I can’t see the attraction for a family of five to come home,” he says.

“My kids love it here. The space, the outdoor lifestyle. Plus I can drop them to sports lessons during the day, which I imagine wouldn’t be possible back home.”

As far as Irish people go, you won’t get the same kind of craic here, as you would at home, Hannigan insists. “But there are a group of ex-pats who hang out – 95 per cent of them work for themselves in some capacity.”

South Africa is a low-wage country, so working for someone isn’t particularly attractive.

“If you say ‘I have an idea for a new product or business venture’, people are really encouraging. They’re like, ‘Yeah, go for it’. At home, certainly there is a bit more scepticism or begrudgery,” he says. “You get such a mix of what people do over here. It’s pretty interesting.”

Hannigan’s advice to anyone thinking of moving to South Africa is to be aware of the bureaucracy and be aware that it is not as cheap as one may be led to believe.

“Visas are hard to come by, and cost a lot of money and nerves, so having something set up when you arrive certainly helps. But it’s a great place and once you live here, you’ll find it hard to imagine living anywhere else.”