A little flexibility goes a long way in business 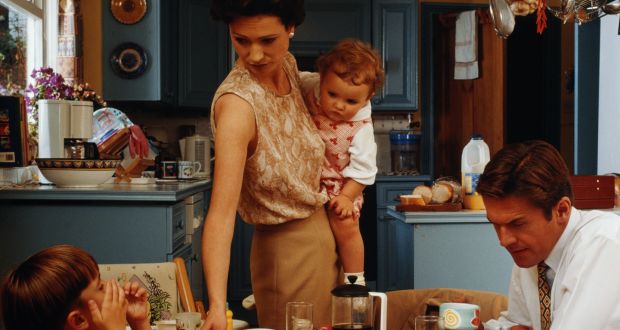 Organisations are losing a lot of experienced women in their 30s and 40s who might otherwise stay if their hours were more flexible. Photograph: Getty

When Karen O’Reilly returned to Ireland from France with her husband and two young children in 2013 her master plan was to get settled and find a job that would allow her to be at home when her kids came in from school.

Her CV was strong and on paper this experienced accountant had a lot to offer a prospective employer. She had worked in Australia and Luxembourg before running her own property and tourism company in France for 12 years,

However, because she didn’t want a regular nine-to-five job, O’Reilly struggled to find work.

Recognising that there had to be thousands of women (and some men) caught in a similar bind, O’Reilly took things into her own hands and did a start-your -own-business course. This was followed by an accelerator programme for female entrepreneurs at Cork Institute of Technology. She then set up Employmum, a recruitment agency specialising in jobs offering flexible working patterns.

The business is now two years old and is placing about 10 people a month. Despite its name, Employmum is a unisex service. It is Cork-based but operates nationwide and will open an office in Dublin later this year.

“The advantages of flexible working are obvious for employees but there are also clear advantages for the employer including cost savings, decreased turnover of staff, a more affordable professional and skilled workforce, reduced absenteeism and access to a wider pool of prospective employees,” O’Reilly says.

“With over 400,000 women [and 10,000 men] stating their role as ‘home duties’ we believe this group is the greatest untapped talent resource in Ireland,” she adds. “We carried out an online survey and found that 34 per cent of those choosing to stay at home for family reasons have a professional qualification, while 16 per cent have a third-level degree or higher and 9 per cent are members of a professional body.

“Of the 500 women surveyed, 91 per cent said they would return to work on a full-time or part-time basis if a prospective employer understood their need for flexibility.”

O’Reilly says Ireland is way behind other countries when it comes to facilitating flexible working hours. “When I started Employmum it was an uphill struggle to bring the majority of employers on board, but this began to change in 2017. Companies are now coming to us because they are recognising that they must offer more flexibility in order to get and retain the best people,” says O’Reilly, whose company also offers training and coaching to help ease jobseekers back into the workforce.

“There are lots of ways of working flexibly including term time hours, compressed hours, annualised hours and remote work,”O’Reilly says.

“One of the areas where companies are struggling is with executive talent and this is something we can help with if they are prepared to show a degree of flexibility. Another big pain point is organisations losing a lot of experienced women in their 30s and 40s who might otherwise stay if their hours were more flexible.” The Employmum service is free to jobseekers, and employers pay a matchmaking fee if they recruit one of the company’s candidates.

Ciara Garvan set up WorkJuggle, a recruitment service that links skilled professionals to part-time, flexible, remote and short contract jobs, in 2017. “After the birth of my third child I happily took voluntary redundancy, but when I wanted to get back into the jobs market I found the process frustrating,” Garvan says. “I wanted a job with some flexibility or even a short-term contract, but found it so hard to get information about companies that supported flexible working.”

Before setting up WorkJuggle, Garvan spent 15 years in the technology sector so she was particularly tuned in to opportunities for IT professionals. However, over the past year her business has spread its wings into marketing, finance, HR and graphic design roles.

Garvan says there are slightly more men than women registering with the platform and the majority are under 45 years old. Quite a few are already working a couple of days a week and are looking to add extra hours. “Most people don’t want to work fewer than three days,” she says. “Men tend to be more interested in remote working while women are more interested in flexible hours. The main reasons people give for wanting flexibility – like the option to work from home – are to avoid lengthy commutes every day and to facilitate childcare. I get lots of calls from women with kids wondering what’s available as they are finding their current employment situation difficult.

“There are now companies that ‘get’ the whole idea of flexible working patterns and are prepared to facilitate those who want them,” Garvan adds. “The idea of flexibility is a given within these organisations and candidates negotiate for what they want at the interview stage.”

In Garvan’s experience, both large and small companies are recognising the advantages of offering flexibility. “With the big organisations it gets them access to a larger talent pool while for a small company having someone two or three days a week is a way of affording a much more senior and experienced hire,” she says.