‘A cranky and ruthless boss creates a toxic organisation’ 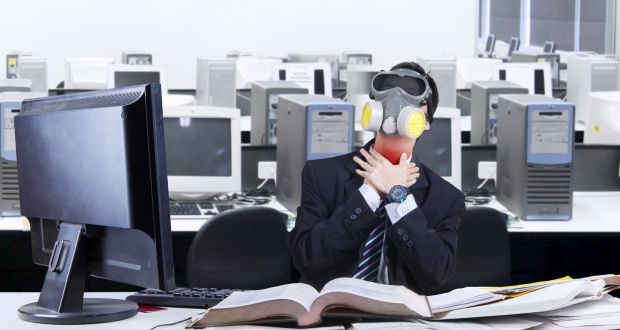 ‘Before leaders can turn to setting strategy, fixing budgets, or hiring staff, they must first attend to the impact of their moods and behaviours.’ Photograph: iStock

Shane Cradock was in his mid-20s with a busy life and a promising career in management when he was felled by a debilitating episode of depression. Initially, he thought he might never get better but he dug deep to help his recovery and says he came out the other end stronger and more self-aware.

Cradock set up his own business to provide performance coaching to entrepreneurs, chief executive and other C-suite leaders in 2000, based on the survival strategies he had developed while coping with his illness.

Now, with people more overwhelmed than ever by the demands of working and living, Cradock believes managing what’s going on in one’s head is critical not only to achieving goals and objectives at work but also to enjoying life itself.

The personal component is critical, because if you neglect it, you’ll impair your productivity and performance

Following his illness Cradock honed in on what he needed to do to keep himself functioning as well as possible and used this increased self-knowledge to start managing all aspects of his life more pro-actively.

He read voraciously during this time, drawing inspiration from some of the most powerful literature of the day, including The 7 Habits of Highly Effective People by Stephen Covey, and Emotional Intelligence and Primal Leadership by Daniel Goldman.

He also attended lectures by leading experts all over the world as he tried to unravel the intricacies of the mind and the impact its processes have on how people perform.

“I spent about eight years learning how to protect myself from another episode,” Cradock says. “But what started out as a survival tactic actually gave me an edge, and I found I was able to enjoy myself more, I became healthier and I started to advance faster in my career.

“Then a friend remarked that I was a ‘better’ version of myself after my breakdown and wanted to know what I was doing differently. It was at that point I realised that the strategy that had worked for me could potentially work for others.”

Cradock’s focus is on the “inner game” of business or what’s going on behind the scenes that inevitably ends up seeping into people’s working lives and having an impact on their job satisfaction and performance.

“I work with leaders to help them get the results they want for their business, but that often has a personal side to it,” he says. “The personal component is critical, because if you neglect it, you’ll impair your productivity and performance.

“Stephen Covey’s ideas are still valid because they’re first principles, but things have moved on and people are facing something new and very challenging since he wrote his book – the sprawling digital landscape that has mushroomed in the past decade. People’s minds are constantly assaulted by an overload of information that is affecting their mood, their performance and, in the case of senior executives, even their ability to manage.”

People often say ‘I’ll be happy when . . . ’ but the ‘when’ is not going to happen unless they are pro-active in managing what needs to change to achieve it

Writing in the Harvard Business Review, Daniel Goleman, Annie McKee and Richard Boyatzis say that while there’s already a well-proven link between executives’ emotional maturity (exemplified by characteristics such as self-awareness) and their financial performance, a leader’s mood and their subsequent behaviour also has a big impact on the bottom line.

“Moods are, quite literally, contagious,” they say. “A cranky and ruthless boss creates a toxic organisation of negative underachievers; an upbeat and inspirational leader spawns acolytes for whom any challenge is surmountable ... Since leaders’ moods and behaviours are such potent drivers of business success, top executives’ premier job – their primal task, even – is emotional leadership. In other words, before leaders can turn to setting strategy, fixing budgets, or hiring staff, they must first attend to the impact of their moods and behaviours.”

Cradock aims to put this principle into practice by getting his clients to do a “me state” audit. This evaluates how an individual is functioning on four levels: physical, mental, emotional and spiritual. Spiritual does not necessarily mean religion. It’s more to do with having a sense of purpose.

“People often say ‘I’ll be happy when . . . ’ but the ‘when’ is not going to happen unless they are pro-active in managing what needs to change to achieve it,” says Cradock. “People also feel very trapped by situations at work, but you can make the situation better by changing how you are reacting to it.

Cradock says that almost invariably when he starts working with a client, their focus is on an impasse or problem with their business, and they are surprised when he parks the business issues temporarily to look at what’s happening in the wider context of their life.

He gives an example of one entrepreneur who was so overwhelmed that he had been procrastinating about a series of business decisions for over a year. Following time out to give his brain a rest, he returned to the office with a new perspective and resolved things within a few days.

It’s 30 years since Covey first advocated an holistic approach to integrating personal and professional problems because he believed it gave individuals a sense of security that meant they could adapt to change more easily and take advantage of its opportunities. With the pace of change now faster than ever, having some sort of an anchor makes even more sense.