A cold winter for corporate whistleblowers? 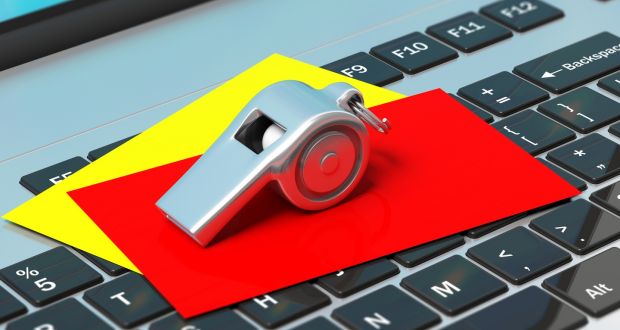 Robust whistleblowing protection laws save businesses money. And they help keep us safe. Until recently, Ireland had one of the strongest whitleblowing regimes in the world, according to international observers. This summer, that changed.

Protections for whistleblowers were rolled back in an amendment to the Protected Disclosures Act 2014. It means that businesses stand to lose access to their most effective method for spotting costly fraud – effective whistleblowers. And that makes Ireland more vulnerable to another economic crisis.

In the long run, the amendment will be expensive: for businesses, shareholders and for the State.

A new EU directive became law in Ireland on June 9th. It requires that trade secrets are protected against unlawful acquisition and use and, crucially, against disclosure. Most of this is beneficial to Irish business but one portion is problematic.

Section 7 amends the Protected Disclosures Act to create a new test for whistleblowers. Now they will have to show that they made their disclosure in the general public interest. They are required to demonstrate this even where the disclosure is true, related to a criminal offence, or where they reported to their employer or the appropriate authorities.

Introducing this test was not necessary: the EU directive did not require it and other countries, including France and Denmark, have successfully adopted the directive without imposing a similar requirement on whistleblowers.

What does this mean for whistleblowers? The change to the 2014 Act means that people disclosing information about misconduct, wrongdoing or illegal activity risk incurring criminal sanctions, including fines of up to €50,000 and even prison time of up to three years.

They are at risk if this information they disclose can be classed a “trade secret” – if it is deemed commercially valuable because it is a secret. In this scenario, the whistleblower will not qualify for legal protection unless they can show that they acted in the general public interest.

And we know from years of experience elsewhere, including the UK, that when whistleblowing cases reach a courtroom, proving one’s motivation was to act in the general public interest is difficult.

Whistleblowing expert groups have long warned against using a “public interest test” in such cases because it represents an unnecessary technical hurdle that ultimately deters people from speaking out. The UK removed a similar test from its whistleblowing legislation in 2013, in part because employers had been resorting to character assassination as a defence against whistleblowers.

Experts argue that the focus needs to remain on the message, not the motive of the messenger.

Prior to the change in the Protected Disclosures Act, any worker in Ireland who made a disclosure to the appropriate person was protected against reprisals from the organisation as well as from any sort of defamation proceedings. They only had to show a “reasonable belief” that the disclosure was true when were reporting wrongdoing internally in an organisation.

This summer’s change to the 2014 Act changes that, especially with its reference to disclosure on trade secrets. And part of the trouble is that a trade secret, in this context, is defined very broadly. It can include commercial data, such as information on customers and suppliers, business plans, and market research and strategies, for example.

Under the new law, the information on questionable financial practices revealed by recent whistleblowers at the University of Limerick and disclosures relating to behaviour within Independent News & Media, among others, could potentially qualify as trade secrets. If they were disclosed today, the likelihood of adverse legal proceedings against these whistleblowers would be much greater.

And having strong legal protections in place encourages people to come forward. The 2014 Protected Disclosures Act was designed to foster Irish work environments in which whistleblowers were actively encouraged to speak up about wrongdoing, without fear of reprisal or legal proceedings. Its introduction placed Ireland at the forefront, world-wide, in whistleblower protection.

All that changed last summer. And this one amendment of the Act could significantly hamper the willingness of Irish whistleblowers to disclose wrongdoing in future.

Meghan Van Portfliet is a PhD student at Queen’s University Belfast with a research focus on whistleblowing and whistleblower protection. Prof Kate Kenny researches whistleblowing, power and organisations. She joins NUI Galway as Professor of Business and Society on December 1st