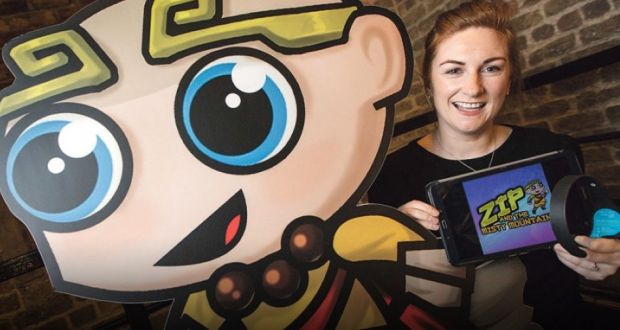 Áine Behan, founder of Cortechs: “Fully-fledged and written down in detail? No, I did not.”

Francis Greene is not a fan of business plans – at least not the sort startups often have to write to get funding or a place on an accelerator. The professor of entrepreneurship at University of Edinburgh’s business school says his research (based on data from 1,000 would-be entrepreneurs) shows that “writing a plan first is a really bad idea. It is much better to wait, not to devote too much time to writing it, and, crucially, to synchronise the plan with other key startup activities”.

Greene’s reason for flying in the face of conventional wisdom is that entrepreneurs often have to adapt their idea dramatically once it becomes clear what their business actually is.

“Writing a plan between six months and a year in increased the probability of venture viability success by 8 per cent,” he says. “Writing one earlier or later proved to have no distinguishable impact on future success. It’s not that you shouldn’t plan but it’s critical to do it at the right time.”

Greene believes that most early-stage business plans are little more than “fables” as people shoot in the dark when it comes to the detail.

“It is far more realistic to prepare an elevator pitch (a brief persuasive ‘sell’ to create interest in your idea) that provides some sort of narrative about how you think your business model is going to work,” he says. “I also like pitch decks [a short presentation using something like PowerPoint] because they show the feasibility of your idea.

“A fully-fledged plan with the “holy trinity” – projected P&L, cash flow and a balance sheet – is really not going to work and actually creates two problems,” Green says.

“The first is that you have sunk so much investment into the plan that you become focused on that proposition alone and stop evaluating other options.

“The second is money. A lot of people starting a business are looking for money but what’s the right amount, over what time period and what’s the right valuation for your business? If you write [your plan] too prematurely, you’re actually destroying some of your equity base and putting yourself in a situation where you may give away too much or too little because you have been unable to fully estimate the value.

“You will eventually need a plan to present to a bank or a VC, but if you plan too early, you’ve got inaccurate estimates and cost biases,” Greene says.

“Some people say you don’t need a business plan, you just need an elevator pitch,” says Gary Wickham, CEO of agricultural magnetic spraying technology startup MagGrow. “I tend to disagree because, if the CEO or owner does not understand the business, how can you convince employees to join you or investors to invest?”

“The journey starts with a well thought out business plan along with your vision. Only then can you expect others to join you on that journey. What is your product offering, how to price and sell it, the size of the market, the competitive landscape etc – you need to be able to answer these questions and frame them into a business plan. You will have many assumptions that need to be validated so your plan will change, but this does not matter as changes need to occur relative to the starting point.”

MY EXPERIENCE: Áine Behan, founder of Cortechs, which creates games that improve attention deficit in children.

Did you have a fully-fledged business plan from the off?

Fully-fledged and written down in detail? No, I did not. I left my full time job in academia to put shape on my idea and I was fortunate to have six months on the [Enterprise Ireland] New Frontiers programme to do that.

My situation may have been unique in that our market was new and disruptive and needed deeper digging as it was perceived as a higher risk. Secondly, I wanted to test and add weight to a few assumptions before I was deemed investor ready.

My slide deck, containing a high-level summary, acted like a business plan while I collected the data for the fully-fledged version. This served me quite well in the first few months. It was a great medium to showcase my business, to test assumptions and be challenged. I didn’t have all of the answers to populate the traditional 30-page business plan and it would have been time consuming (and indeed counterproductive) to put more time into writing the plan earlier if it meant less time was being spent testing the market, customer demand and early prototypes.

A company’s investor readiness prioritises how quickly full business plans emerge. I wasn’t investor-ready in month one but investors will look for a plan so it’s a “must-have” for most investor-ready businesses.

Where did the gaps appear between your plan and reality?

Business costs and other figures can change monthly so you need to stay on top of this. Certain markets, such as healthcare, are slower movers and this can throw up unexpected delays in sales pipelines. Technology can have glitches so it’s wise to anticipate delays. Assume things will take 1.5 times longer than the time assigned.