Five financial mistakes to avoid in your 50s 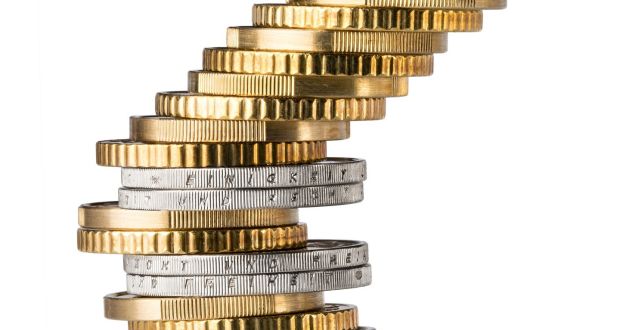 While most of the recent narrative on the unfairness of the generational shift is aimed squarely at millennials, who are suffering at the expense of the baby boomers, perhaps we should spare a thought too for the fiftysomethings.

Demographic factors are also at play here. Having gotten married later, had children later, and potentially bought their first house later than their parents, many of today’s fiftysomethings are finding themselves sandwiched between two generations – their parents and their children – and are still struggling financially.

If you as a fiftysomething bought your current house in your late 30s or early 40s, for example, you probably still have a sizeable mortgage; if you had your children in your early 30s, they’ll still only be in secondary school if you’re in your early 50s, or college in your late 50s or even early 60s, which means you are still paying to support them hand over fist.

And, while your 50s may be the time when you’re at the height of your earning power – and may traditionally have been a time when you would look to wind down – the level of expenses you face to keep your family going means that being shown the door ahead of schedule on the back of an early retirement scheme could be a big financial risk.

Frank Conway, founder of financial education company Moneywhiz, says “your 50s is the next great planning stage”. But if it is, what should you be doing?

If you have edged away from investing or getting too involved in your pension, these are the years which you can put some thought and research into your personal finances.

If the shift from defined benefit to defined contributions has meant anything, it is that there is now a “huge responsibility on individual consumers themselves”, says Conway. And it’s not just about investment decisions; fees and charges can eat away at your funds, leaving less in the pot for you to spend, he says.

Not doing your own research, or taking advice, can also leave you short of ideas. Here’s one that many people aren’t aware of: “Fifty is a very significant age to reach, because it’s the earliest time when someone in employment can take pension benefit,” says Jim Connolly, head of pension and technical services with Goodbody Stockbrokers, noting that you can “liberate” pensions from past employments.

“A lot of people use that mechanism to pay for their children’s education,” he says.

The catch for many people is that liberating your pension is restricted to those accruing pension rights from an old employer – not your current one. So, increasingly rare though it is for younger folk, if you’ve been with the same employer all your life, you won’t benefit.

If you have a pension from an old employer that’s now worth €60,000, you can take 25 per cent, or €15,000, tax free once you turn 50. You can then put the balance into an Approved Retirement Fund (ARF), and leave it there to grow until retirement. And as you’ve taken only €15,000 of your allowable tax-free lump sum, once you do retire, you will still be able to take up to a further €185,000 from your main pension fund tax free (there is a cap of €200,000), depending obviously on the size of your pension fund.

“People don’t realise they can do that; people think they’re landlocked into retirement age with their old scheme,” says Connolly.

Of course, liberating some pension funds now means there will be less in the pot for retirement, but this is something people have to weigh up.

And even if you don’t do anything with an old pension, it’s worth starting to keep track of these benefits now.

Unshackling yourself from the monthly burden of a mortgage can be a worthwhile goal. But it doesn’t always make sense.

For Conway, the decision comes down to how expensive the debt is; if you’re on a cheap tracker, for example, it may not make sense to do so.

Another thing to consider is that if you over-pay your mortgage now, with a view to beefing up your pension later, you may miss out on years of investment growth plus tax relief.

Maybe you bought your first house on a 30-year term when you were 25. If you did, once you turn 55 the mortgage might be gone but so too might be the only life cover you have. And if your children are not yet independent – and these days Irish Life considers 25 the age of independence – you could be under-providing for your family.

“There is a huge, huge gap for people in their 50s,” says Sarah Kelly, senior protection manager with Irish Life. While they are getting closer to retirement, they may not realise they still need some level of protection – albeit for a smaller amount and for a shorter term.

Another consideration is time spent caring for elderly parents. If you die, the remaining family members may have to pay for care – another expense which needs to be considered.

One thing to do if you fear you may face a protection gap is to check any existing life policies you may have; if these have a conversion option, you will be able to increase or extend the policy without getting a health assessment. And, of course, don’t forget that most employment will pay death in service benefit, should the worst happen.

And for people with larger estates fearing hefty inheritance tax bills for their children, now is the time to learn about Revenue-approved life policies, such as Section 72, which pay out the value of the tax liability to the beneficiaries of your estate.

4. Not gearing up retirement savings

It’s not quite all about the pension yet, but it is starting to get there. And remember, if you’re 58 or younger, you won’t be getting your State pension until you’re 68.

The good news, as Connolly sees it, is that “retirement is the rainy day you’ve been waiting for”. And many will be adequately prepared.

“Our experience is that people are only coming out the other end of their children’s education cycle, and so their ability to fund a pension only materialises during these years,” says Connolly.

On the other hand, you might still be knee deep in paying for college fees or grinds. But you won’t be able to afford an umbrella or a spell in the sun unless you’re adequately prepared.

If you’ve done little or nothing to date, Conway suggests you maximise your pension contributions up to the tax-relief limits. Between the ages of 50-54, you can claim relief on up to 30 per cent of your earnings, should you put them in a pension, rising to 35 per cent for those aged between 55-59, up to maximum earnings of €115,000. That allows you to contribute to additional voluntary contributions (AVCs) to rev up your pension fund.

“You can make up a lot of ground this way; you may not get the investment return, but you are getting tax relief,” he says. He advises that you should aim to have at least four times your salary saved for retirement in your 50s.

He does add a caveat however. “I think the tax benefit is great but is only one part of a three-pronged approach,” he says, pointing to fees and investment performance, adding that people need to “maximise pressure they put on advisers” to get the full details on what their pension is costing them.

And it’s not just pensions that will fund your retirement.

“I encourage people to make sure their rainy day fund is as big as it could be,” he says.

With a timeframe of just a few years for some people, how you’re going to invest whatever money you have in retirement is also important, be that an annuity or an approved retirement fund. While your 50s may be too early to make a decision, “you need to start understanding what your options are”, says Connolly.

In terms of how your pension should be invested, Conway goes against the accepted view of starting to shift into saver assets like bonds and cash as you come closer to retirement.

“I would knock that on the head,” he says, noting that if you want your money to continue to grow – and remember you may need it to support you for 30 or so years in retirement if you invest in an ARF – you need to continue to invest it and take on a bit more risk.

That’s controversial advice. The need for growth needs to be balanced with the reality that reduced earning power and eventual retirement means there is less time to recover from any collapse in the value of your pension fund – a la 2008.

5. Not preparing for illness

Yes, it’s going to come some day but, if you’re in your 50s, you will be thinking (hoping) that the prospect of ill health is still some way away. That doesn’t mean it will be though.

For Kelly, a “worrying statistic” is the low number of people in their 50s with serious illness cover. “We would see only one in five over the age of 50 having this cover,” she says.

According to Kelly, the average age of their serious illness claims is 51 for women (with breast cancer the most common reason for claims) and 55 for men (prostrate cancer). Moreover, 40 per cent of all Irish Life’s serious illness claims last year were for people in their 50s. Discouragingly, those in this age category also accounted for some 20 per cent of death claims.

If a person does become seriously or terminally ill in their 50s, a huge amount of planning will still be needed. “It’s the time when a financial adviser can add the most value,” says Connolly, adding that while these conversations often don’t happen, “they absolutely need to happen”.

Failing to do so means that people can miss out on potential benefits such as the “death’s door” allowance. According to Connolly, this means that, when a life span is measured in months rather than years, trustees of an occupational pension fund can pay out the entire value of a pension fund less a special tax rate of just 10 per cent.

“It’s such a valuable concession,” he says, adding, however, that in his career, he has availed of it for a client only once. “I could have used it 100 times but people didn’t come to me in time,” he says.

Taking care of your health should also be a priority.

“If you’re in your 50s, you’ve still got time to address poor health traits,” notes Conway.

But if you haven’t yet taken out health insurance, prepare to pay a premium; if you’re aged 50, for example, you will pay an extra 32 per cent for your private health cover, rising to 50 per cent by the time you’re 59.